Prototype is a creational design pattern that lets you copy existing objects without making your code dependent on their classes.

Say you have an object, and you want to create an exact copy of it. How would you do it? First, you have to create a new object of the same class. Then you have to go through all the fields of the original object and copy their values over to the new object.

Nice! But there's a catch. Not all objects can be copied that way because some of the object's fields may be private and not visible from outside of the object itself.

There's one more problem with the direct approach. Since you have to know the object's class to create a duplicate, your code becomes dependent on that class. If the extra dependency doesn't scare you, there's another catch. Sometimes you only know the interface that the object follows, but not its concrete class, when, for example, a parameter in a method accepts any objects that follow some interface.

The Prototype pattern delegates the cloning process to the actual objects that are being cloned. The pattern declares a common interface for all objects that support cloning. This interface lets you clone an object without coupling your code to the class of that object. Usually, such an interface contains just a single clone method.

The implementation of the clone method is very similar in all classes. The method creates an object of the current class and carries over all of the field values of the old object into the new one. You can even copy private fields because most programming languages let objects access private fields of other objects that belong to the same class.

An object that supports cloning is called a prototype. When your objects have dozens of fields and hundreds of possible configurations, cloning them might serve as an alternative to subclassing.

Here's how it works: you create a set of objects, configured in various ways. When you need an object like the one you've configured, you just clone a prototype instead of constructing a new object from scratch.

In real life, prototypes are used for performing various tests before starting mass production of a product. However, in this case, prototypes don't participate in any actual production, playing a passive role instead.

Since industrial prototypes don't really copy themselves, a much closer analogy to the pattern is the process of mitotic cell division (biology, remember?). After mitotic division, a pair of identical cells is formed. The original cell acts as a prototype and takes an active role in creating the copy.

In this example, the Prototype pattern lets you produce exact copies of geometric objects, without coupling the code to their classes.

All shape classes follow the same interface, which provides a cloning method. A subclass may call the parent's cloning method before copying its own field values to the resulting object.

Use the Prototype pattern when your code shouldn't depend on the concrete classes of objects that you need to copy.

This happens a lot when your code works with objects passed to you from 3rd-party code via some interface. The concrete classes of these objects are unknown, and you couldn't depend on them even if you wanted to.

Use the pattern when you want to reduce the number of subclasses that only differ in the way they initialize their respective objects.

Suppose you have a complex class that requires a laborious configuration before it can be used. There are several common ways to configure this class, and this code is scattered through your app. To reduce the duplication, you create several subclasses and put every common configuration code into their constructors. You solved the duplication problem, but now you have lots of dummy subclasses.

The Prototype pattern lets you use a set of pre-built objects configured in various ways as prototypes. Instead of instantiating a subclass that matches some configuration, the client can simply look for an appropriate prototype and clone it. 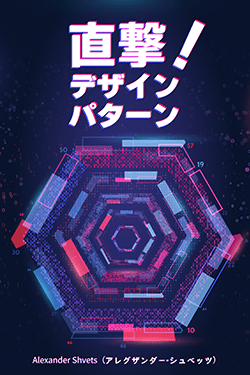