Mediator is a behavioral design pattern that reduces coupling between components of a program by making them communicate indirectly, through a special mediator object.

The Mediator makes it easy to modify, extend and reuse individual components because they’re no longer dependent on the dozens of other classes.

Usage examples: The most popular usage of the Mediator pattern in Java code is facilitating communications between GUI components of an app. The synonym of the Mediator is the Controller part of MVC pattern.

This example shows how to organize lots of GUI elements so that they cooperate with the help of a mediator but don’t depend on each other. 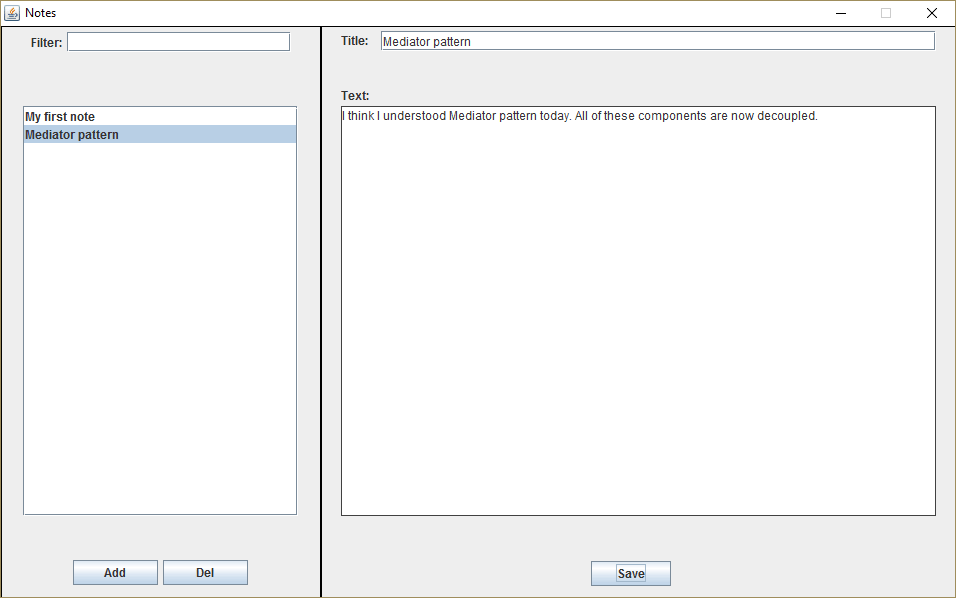 Mediator in Other Languages