Flyweight is a structural design pattern that allows programs to support vast quantities of objects by keeping their memory consumption low.

The pattern achieves it by sharing parts of object state between multiple objects. In other words, the Flyweight saves RAM by caching the same data used by different objects.

Usage examples: The Flyweight pattern has a single purpose: minimizing memory intake. If your program doesn’t struggle with a shortage of RAM, then you might just ignore this pattern for a while.

Identification: Flyweight can be recognized by a creation method that returns cached objects instead of creating new.

In this example, we’re going to render a forest (1.000.000 trees)! Each tree will be represented by its own object that has some state (coordinates, texture and so on). Although the program does its primary job, naturally, it consumes a lot of RAM.

The reason is simple: too many tree objects contain duplicate data (name, texture, color). That’s why we can apply the Flyweight pattern and store these values inside separate flyweight objects (the TreeType class). Now, instead of storing the same data in thousands of Tree objects, we’re going to reference one of the flyweight objects with a particular set of values.

The client code isn’t going to notice anything since the complexity of reusing flyweight objects is buried inside a flyweight factory.

forest/Forest.java: Forest, which we draw 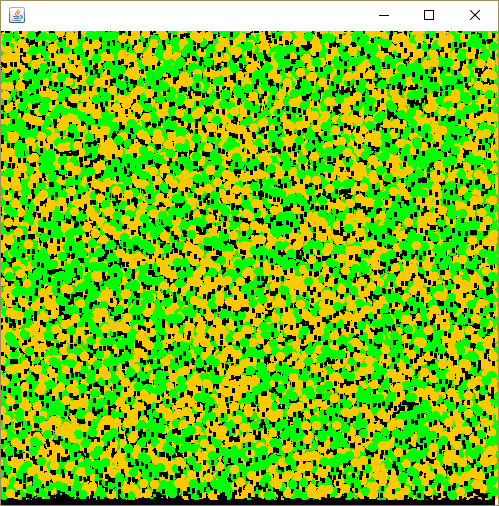 Flyweight in Other Languages